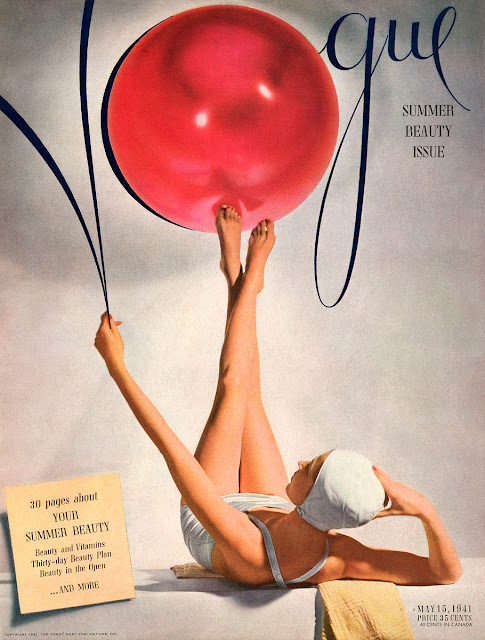 The first official summer weekend is round the corner and I want to celebrate it in true fashionarchaeology.com style: 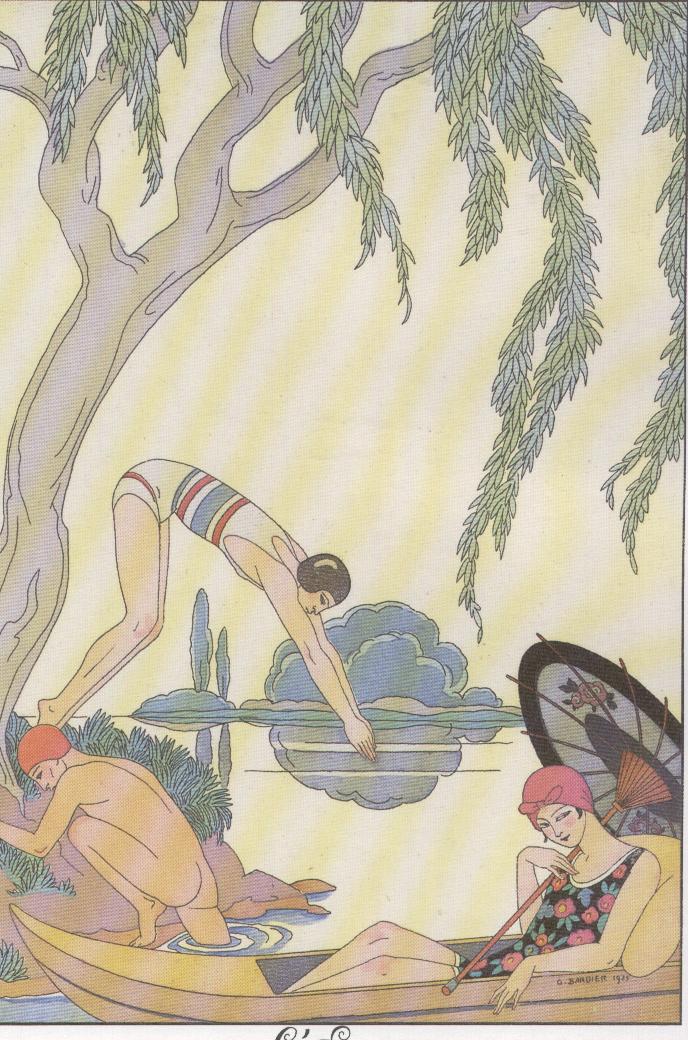 The elegance of Barbier’s work is always breath-taking, but it’s not just his artistic talent, it’s the overall stylishness of the age he lived and worked in. One of the men in the image above is naked.  Male nudity for swimming had, of course, been the tradition in England until women started frequenting beaches and pools in the second half of the nineteenth century. British men put up  great resistance to swimwear,  demanding instead that beaches be sectioned off, with screens behind which women were segregated. By the first world war they had to give up their demand to the right to nakedness in public – women had actually taken up swimming , not just bathing. One question remains: why is the man naked but wearing a red, probably rubber, swimming cap on his head? 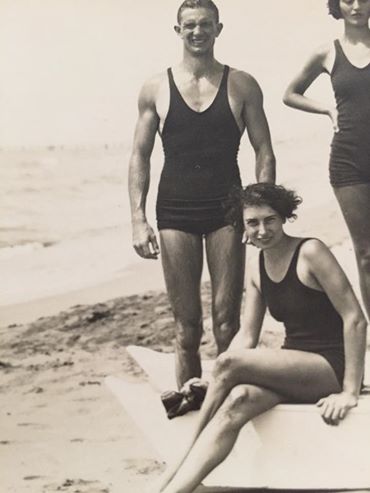 These are the grandparents  of a friend on the italian Riviera back in the 1920s-30s. All three figures are inherently stylish – it’s the toned bodies, the elegant poses, the latest hairstyles and of course the newest trend for unisex swimwear.

For the ladies who did not fancy the clinging and revealing  knitted swimwear, Parisian fashion houses were offering cotton fabric alternatives too 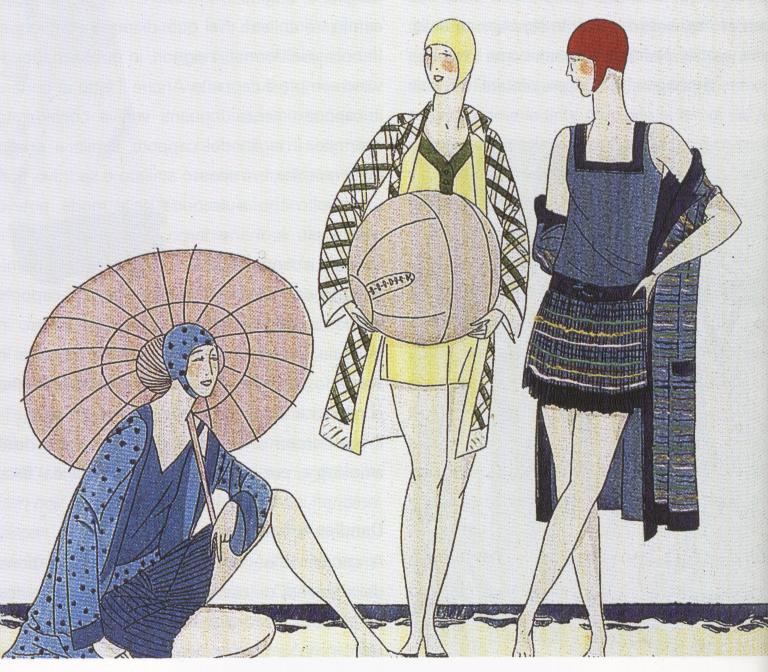 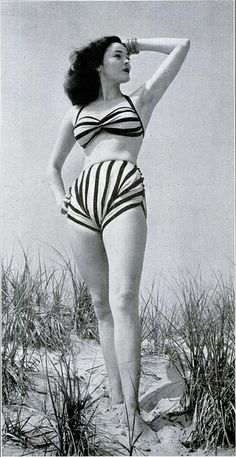 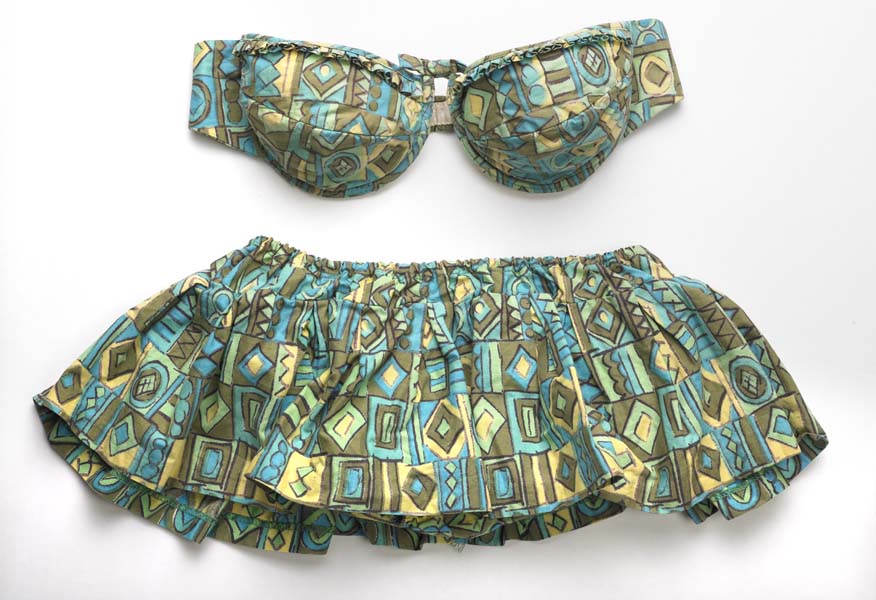 and even a playsuit! 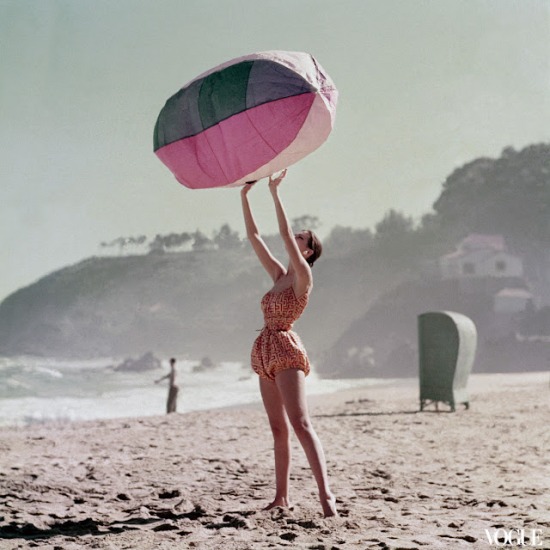 Cotton fabric swimwear continued to be ‘the’ fashion, until lycra and other wonder fibres  offered acceptable, stylish alternatives. But that’s another story. Best beach wishes to you all!