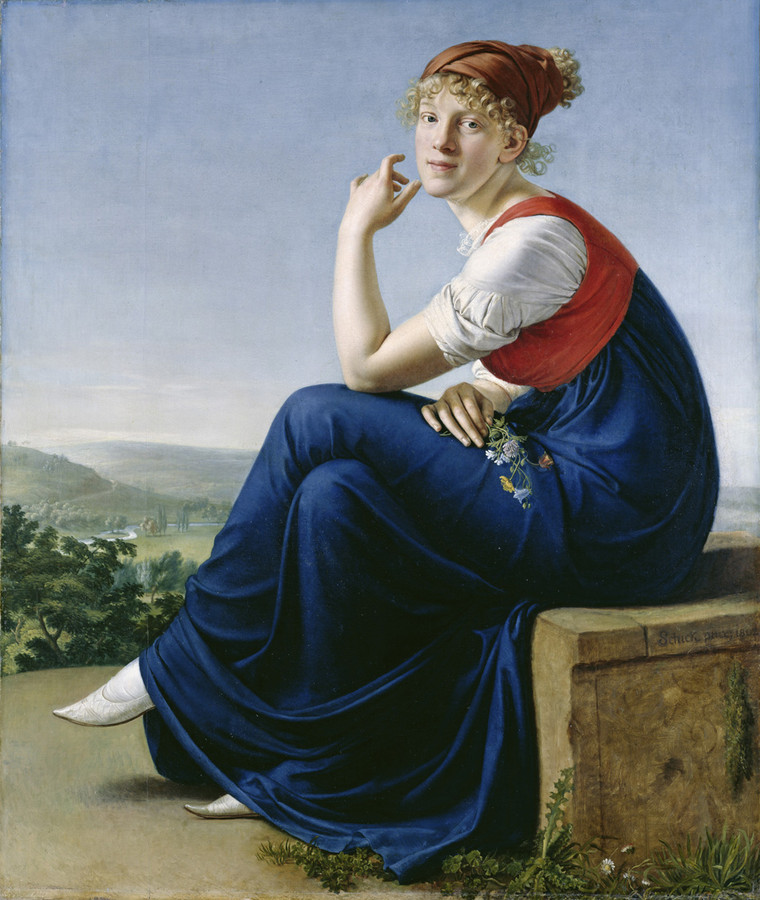 How do we choose our shoes? what makes us long for a pair of very pointed flats rather than round toed ballerinas?…

Fashionarchaeology has been musing over this question very much lately. Pointy flats are, after all,  THE  party shoe this 2013-14 festive season…

Looking back in history, points have come and gone several times over the centuries. Waves of “fads” or “fashions” which lasted centuries or just decades. Today they last barely one season and are always offered alongside a distinct alternative. Freedom of choice? maybe. So how do we decide which shape of shoe to go for? It would be great to say we follow our instinct, but of course our choice is always culturally determined. We can hardly desire what we do not know or can not yet imagine.

The Etruscans where master cobblers. Unlike Greek  (and later, Roman women) Etruscan women were always represented wearing ankle-high, smooth and strong-looking, pointy booties. We have however very little information regarding this particular “local” fashion  –  or how and who produced it.

The “orient” (anywhere east of Athens) seems to be the common denominator for pointed footwear of the past. Pointy flat shoes were fashionable for women  throughout the long Byzantine Empire

The higher the status the greater the decoration, empresses such as Irene, wore red pointed slippers encrusted with gems and pearl embroidery.

In Christian iconography females are always depicted with footwear, never barefoot. Their feet were covered by pointed shoes and hidden by long floor-length garments  (just as their hair was safely tucked away under veils). Women’s feet thus become taboo…

The real “pointy shoe fashion moment” in history however, comes with the French Revolution. By 1795-6 French women were reinventing their fashion identity in the aftermath of the worst years of the Revolution  – when dress had become a matter of life and death

During the years of the Directoire women like Rose Beauharnais (Napoleon gave her the name Josephine as he found Rose too vulgar) were turning to the art of classical antiquity for fashion  inspiration. In the early years of neoclassical dressing, sandals were the most obvious choice – but also a semi closed shoe like the light blue one she is wearing in the portrait.

I have never seen examples of surviving sandals from this period, but I have seen many utterly wonderful examples of  very pointed “flats” (heels were  totally out of fashion) 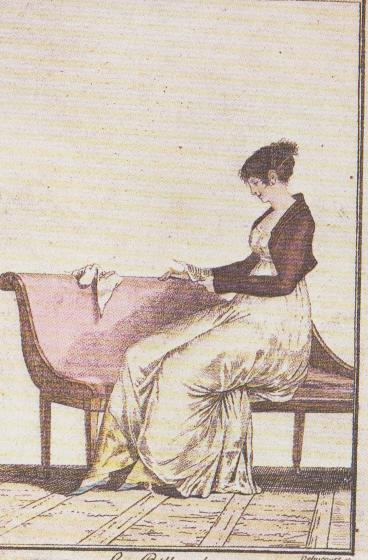 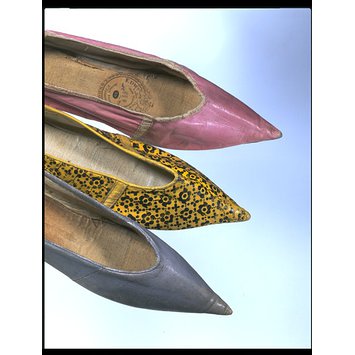 Leather or silk or the very “modern” printed leather variety of pointed flats (see above) in bright pastel tones such as lilac, heather pink, sun yellow, grass green, were chosen to set off the bright white of the neoclassical dress to its best effect.

ENJOY and dance your way into a fabulous 2014!