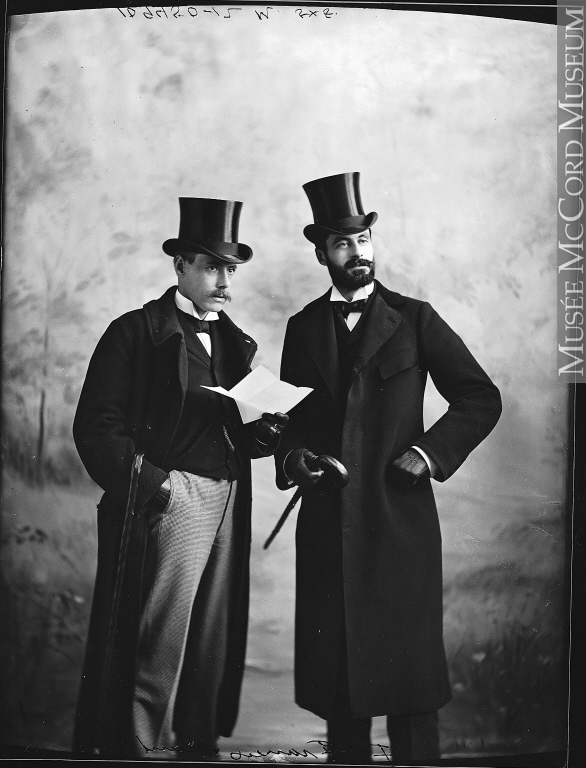 One of the earliest images I have found of a top hat (by that I mean a hat that has been built up in height and is made of wool, fur felt or other material that can be “shaped”) dates from the early 1400s:

In this image,  where we see French noblemen and kneeling before them the formidable Christine de Pisan, in the act of presenting her new  book , the gentleman in dark pink on the right is wearing a tall, black hat decorated with red and white feathers held by a gold brooch. Like the rest of the men, his head is covered despite being indoors, confirming the new fashion of the period. A gentleman always covered his head except in the privacy of his own home. This new trend gives great impetus to contemporary hat makers who competed with each other to create the most striking shapes. The size of these hats is also significant – they are large and attention seeking. The black hat he is wearing is important because it represents a new manufacturing skill of the period – the ability to shape felt (wool or the more costly fur)  by moulding the material over a wooden, pre-carved shape or “block”. This is still the way felt hats are made today.

In subsequent centuries,  the top hat disappears making room for an array of shapes and sizes in the history of men’s head-coverings.

We meet up again with the top hat in England  during the last decade of the 18th Century. But it is really in France during the Directory   that we see the top hat become the emblem of the new dandy fashions – wonderfully represented in the fashion plates produced by the Vernet family  between the end of the 1700s and the first decades of the 1800s

At first contained in size, it will rise to extreme heights during the course of the 19th Century. Between 1800 and 1900 it is THE accessory for men, synonymous with status and power.

Continental gentlemen took their elegance seriously, even when out game shooting. The Italian nobleman above wears a light coloured top hat with contrasting edging and green lining. The artist has expertly represented the “plush” (slight pile or furiness) of the material and the way it reflects the light. Exactly the desired characteristics of this mid-season or early summer hat. Very similar to the surviving item below. 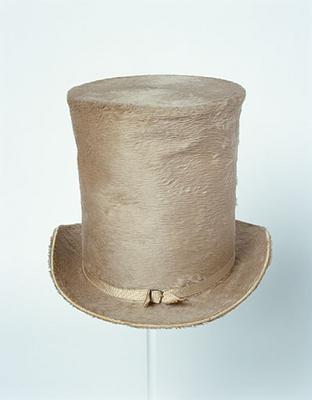 In full summer, in America top hats were even made of straw to combat the heat. Managing to combine the symbolic with the practical in a very elegant manner. 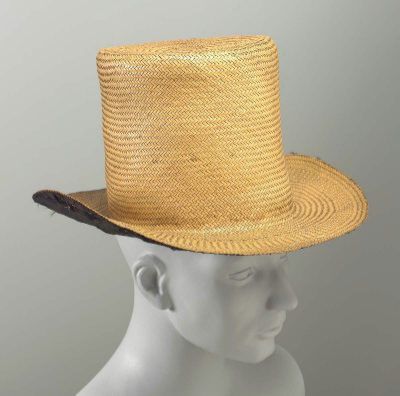